UDON is excited to once again be at PAX Prime in Seattle, Washington at the Washington State Convention Center! We’ll be at booth 2832 on the main floor!

We’ve got some special goods for you this year! Details below:

Debuting at PAX Prime 2016, comes our next set of collectible premium hard enamel pins. Each pin is almost 3 inches in length and width meaning these pins are huge! Collect all 8 Puzzle pins to form a complete image of all of your favorite characters from Person 4!

Our biggest hit from San Diego Comic Con this year, we will have on hand a supply of our Super Street Fighter 2 Turbo Character Select pins with character art based on the famous Character Select Screen from the game. Each one is meticulously crafted and are 1.5″ in length and width, much larger than normal pins! Collect all 16 characters plus their Player 2 alternate colors. And if you’re really lucky, find the secret hidden character AKUMA!

**We will also have Pin Trading sessions throughout the weekend, so definitely come by the booth 2832 to check that out!**

Missing some of those hard to find Street Fighter Unlimited alternate covers? We’ll have a small supply of most of them onhand at the show for you completionists! Get them while supplies last!

These amazing game creators will join UDON’s own crew of comic, design, and game artists in signing at the UDON booth this year! On hand for PAX 2016 are: 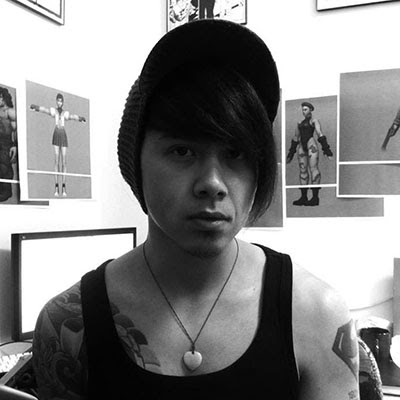 Edwin will be onhand all weekend!

Chamba will be onhand all weekend! 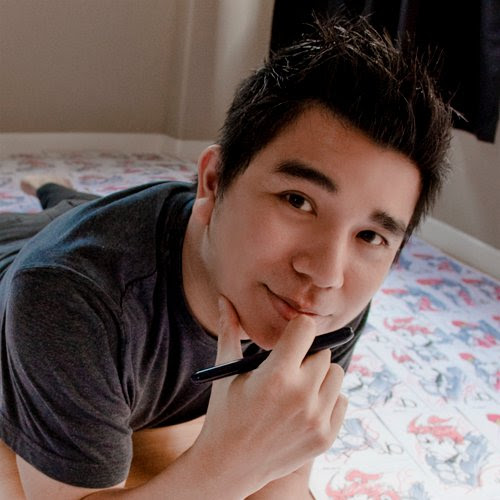 Long will be onhand all weekend!

Get on the artists’ sketch commission list before they fill up! Each year the artist’s lists fill up within the first few hours of the show, so get there early if you can!

We will also have a supply of Street Fighter Unlimited #1 and Cammy Legends #1 Sketch Cover editions that the artists can draw on for you at the show! Once again, get on the artist list early to ensure you get yours!

And of course, UDON will also have a variety of your favorite Anime and Videogame artbooks for you to pick up at the show!

SEE YOU AT PAX PRIME THIS WEEKEND!

BACK IN PRINT! Some of UDON’s Bestselling Books are now available again from all retailers!

Both books are back in print, and available from comic book shops, online retailers, and more! Keep reading for a preview of each book!

Because you demanded it! UDON has gone back to press for a brand new printing of one of its hottest artbook releases ever–Okami: Official Complete Works. This fantastic collection contains 288 full color pages, filled with character and location designs, concept sketches and production notes from the creators giving you an in-depth look at the fantasy world of Okami! A truly inspiring book, translated into English for the first time!

Based on traditional Japanese brush-painting, the visual look and style of Okami has become a fan-favourite and the original game has inspired a sequel, Okamiden, and a recently-released high-definition remake–Okami HD! This book contains all of the amazing artwork for the original Okami game that started it all!

Buy it at Amazon | Find a comic book store near you

At over 430 pages, MM25 is the ultimate Mega Man artwork collection! MM25 collects the complete artwork behind every Mega Man and Mega Man X game, including character art, concept sketches, game covers, rare pinups and much more. This new hardcover edition also features over 100 pages of never-before-published material, plus new tribute art and interviews from the creators behind the blue bomber!

Please note: Diamond erroniously listed this as a hard cover. This is a soft cover book, but there will be a convention-exclusive hard cover released this summer. Details at http://UDONstore.com.

Visit your local comic shop! You can find a comic book store near you at http://www.comicshoplocator.com.

Buy at Amazon.com or BarnesandNoble.com.

MM25: Mega Man & Mega Man X Official Complete Works is an in-depth chronicle of the amazing art created across 25 years of games in the Mega Man series by the good folks at Capcom! Featuring over 400 pages of official game art, concept designs and sketches, rare pin-ups, and all-new tribute art, this is a stunning art book collection that every fan of the Blue Bomber will want on their shelves. UDON Entertainment has faithfully translated the entire book into English, including production notes, creator comments, and three all-new exclusive interviews with the creators from across the history of the series!

In a Comic-Con Exclusive, UDON Entertainment will debut a very limited, hard-cover edition of MM25 at San Diego Comic-Con International, July 17th-21st. This limited edition will feature high-quality hardcover binding, a beautiful deluxe blue laser foil dust jacket, and special “schematic design” varnishing under the dust jacket! This item will be available from the UDON booth, #4529, on a first-come, first-served basis for $100.

Announced today, UDON Entertainment will have an amazing range of exclusive and rare new books at this year’s San Diego Comic-Con International! These exciting new editions span some of our most popular licenses, including Capcom’s Mega Man and Street Fighter, and Double Fine Productions’ Brutal Legend.

After the sell-out success of Comic-Con 2012’s Marvel vs. Capcom: Official Complete Works Limited Edition HC, the UDON crew has worked hard to come up with a range of amazing editions that will debut at San Diego, and if they sell-0ut there, they’re gone for good!

Celebrating 25 years of the Blue Bomber, MM25 is the art book that fans have been clamoring for! Weighing in at over 400 pages, this book captures the art and design behind every iteration of the classic Mega Man and Mega Man X characters, including character art, concept sketches, game covers, rare pinups, over 100 pages of material never-before-published in English! Exclusively for San Diego Comic-Con, this special edition hardcover features a beautiful deluxe blue laser foil dust jacket, and amazing hard-cover production with awesome “schematic” design. $100

– San Diego Comic-Con will see the debut of Street Fighter Origins: Akuma, the long-awaited origin story of the most terrifying fighter in the world! Featuring story by Chris Sarracini and art by Joe Ng, this is the book that die-hard fans have been waiting for. At SDCC, fans will be able to get the exclusive “VS.” Convention edition, featuring an awesome Akuma vs. Gouken dustjacket illustration by James Ghio, with a bonus “Sakura on the beach” image on the reverse! $40

– Start the UDON Street Fighter saga from the beginning, with Street Fighter Classic Volume 1! Collecting material from the first 10 issues of UDON’s Street Fighter series, this brand new oversized hard cover edition of the material has amazing printing, great binding, and will match up on your shelves with our new Origins and Super Street Fighter graphic novels! This Comic-Con exclusive features brand-new Ryu vs. Sagat dust jacket illustration by James Ghio, with hidden “Chun-li on the Beach” image inside! $40

UDON Entertainment’s new World of Warcraft Tribute artbook pays homage to Blizzard’s popular massively multiplayer online role-playing game (MMORPG) with fantastic artwork from an international selection of artists! The hardcover edition is a Comic-Con exclusive and features a great hardcover binding, gold foil stamping, and stunning exclusive artwork by Blizzard’s own Arnold Tsang, who will be signing at the UDON booth during the convention! $100.00

Hey Mega Man fans! We just wanted to let you know that pre-orders are now open for MM25: Mega Man & Mega Man X Official Complete Works. You can order this a couple of different ways.

1. Visit your local comic shop! You can find a comic book store near you at http://www.comicshoplocator.com. MM25 is located on page 349 of the June PREVIEWS catalogue, and it has the item code JUN13 1309. Every comic shop has a different way to pre-order books, so talk to your comic shop to find out how to guarantee your copy. The advantage is that comic shops get the books 1-2 weeks before online booksellers!

2. Order online! MM25 is available for preorder at all kinds of sites, including Amazon.com and BarnesandNoble.com.

3. Visit our BUY UDON BOOKS page to see all the ways and places you can find our manga, graphic novels, and art books!

We hope you like the book, and thanks for supporting UDON!

At over 430 pages, MM25 is the ultimate Mega Man artwork collection! MM25 collects the complete artwork behind every Mega Man and Mega Man X game, including character art, concept sketches, game covers, rare pinups and much more. This new hardcover edition also features over 100 pages of never-before-published material, plus new tribute art and interviews from the creators behind the blue bomber!

Diamond Comics PREVIEWS Catalog
For items shipping beginning in August 2013
Find a comic store near you at http://www.comicshoplocator.com/

STREET FIGHTER ORIGINS: AKUMA HC
(W) Chris Sarracini (A/CA) Joe Ng
He is the world’s most feared martial artist, mentioned only in whispers. Few have dared to challenge him, and even fewer have survived to speak of the nightmare. He is Akuma – Master of the Fist, wielder of the Dark Hado. But he was not always trapped on the path of chaos.Street Fighter Origins: Akuma reveals the secrets of this dark figure’s past for the first time, and shows how a frustrated young man grew into a mad demon.
HC, 8×11, 128pgs, FC $34.95
Projected release date: August 2013

DISGAEA 3: SCHOOL OF DEVILS VOLUME 2 SC
(W/A/CA) Shin Sasaki
A well-behaved demon is no demon at all! As Mao’s stolen “Hero” title continues to turn him from the schoolyard bad boy into a goody two-shoes, he hatches a new scheme to defeat his overlord Father and rule the Netherworld! But will Evil Academy senior student Salvatore take Mao out before his plans come to fruition?
SC, 6×8, 192pgs, FC $14.95
Projected release date: August 2013

Find these UDON Books and many more at your local comic store, beginning in May 2013! Find a comic shop near you at http://www.comicshoplocator.com/.

As we announced at PAX East, UDON will be releasing MM25: MEGA MAN AND MEGA MAN X OFFICIAL COMPLETE WORKS this summer! The book is laid out and at the printers, and this week we got the printing proofs–essentially, a hi-res, laser colour printout of the entire book for us to look over for errors–and it’s a monster! UDON chief Erik Ko says this is the biggest printing stack ever, and I believe him!

While the final book won’t measure the 3 or 4 inches tall that this print stack does, it does hopefully give you an idea of just how BIG a deal MM25 is going to be! Replacing our Mega Man Official Complete Works and Mega Man X Official Complete Works, this 430+ page MONSTER faithfully reproduces the recently released Japanese edition, R20+5!

MM25: MEGA MAN AND MEGA MAN X OFFICIAL COMPLETE WORKS is a book that’s going to need to be on the shelf of every fan of the Blue Bomber, so make sure not to miss out! MM25 is now available for pre-order at Amazon.com, Amazon.ca, and BarnesandNoble.com. It will be offered in the June DIAMOND PREVIEWS catalogue, code JUN131309, for items shipping to comic stores in August.

March 22: Today on the WORLD OF CAPCOM panel at PAX East in Boston, MA, UDON Entertainment and CAPCOM jointly announced the signing of 5 brand new, hotly-demanded art books featuring CAPCOM properties. These artbooks will be fully translated from the Japanese editions, and will be published by UDON in the second half of 2013.

Please note: All Images are taken from the Japanese editions of the books, and may not be the final book designs.

– This book will be accompanied by a MUCH demanded reprint of the sold-out Monster Hunter Illustrations!!!

And there’s even more to come in 2013 from UDON and CAPCOM, including the graphic novels Street Fighter Origins: Akuma this summer, Super Street Fighter 2 this fall/winter, and more Darkstalkers, more Resident Evil, and for the first time from UDON – Devil May Cry!!

UDON is shaping up to have its busiest and strongest year ever, with nearly 40 planned releases in 2013. We couldn’t do it without the support of our strong relationship with CAPCOM, and fans can get ready for a truly astounding year!